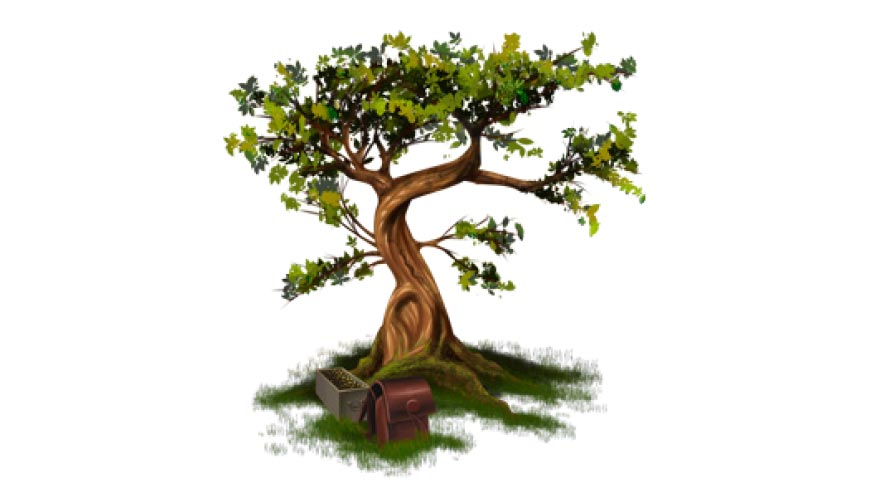 Legend of the Money Trees

Boy, have I got a tale for you – a tall one, too! Lean in close and open yer ears, ‘cuz I’m fixin’ to tell you all about the legend of the money trees. It all started back in the Civil War, when groups of men known as “Jayhawkers,” who wouldn’t do no fightin’, would creep and crawl through the swamps and raise the cattle in the settlements. They were inclined to sneak off to “No Man’s Land,” in the Calcasieu Swamp, where there were no laws or rules.

Si and Dudley were a couple of Jayhawkers who was always lookin’ to stash their loot. Well, one day, they got all spooked ‘bout the treasure they had sittin’ in their saddlebags bein’ stolen, so they took off and buried $75,000 in hot gold and silver. When they got back to their swamp, a whole gang of Confederate soldiers bagged ‘em and hanged ‘em right then and there.

But the big mystery is… Where’d them Jayhawkers bury that treasure?

According to the old-timers, Si and Dudley carved a whole bunch of pictures on the trees in the swamp to track the loot. For decades upon decades, people have scoured the swamp, lookin’ for the markings on seven different trees – all of ‘em got drawings of Indians, snakes, tigers, turtles, wagon wheels and mules. Folks finally discovered a path and eventually these symbols led to a final burial spot.

But no one really knows the truth.

Now, lots o’ people figured if you buried a critter with your loot that their ghost would protect the hidden treasure. Folks say they’ve been close to the gold, ‘cuz they’ve seen them ghosts.